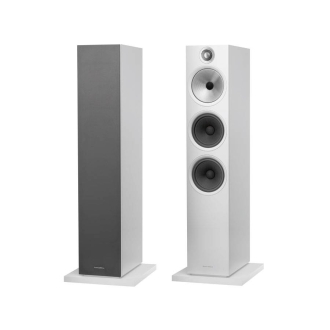 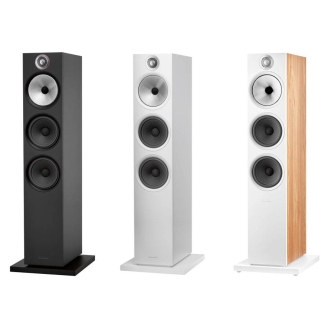 The 603 S2 is the largest speaker in the new 600 S2 Anniversary Series and is ideal for audiophile stereo and home theatre applications in larger rooms, delivering serious performance and amazing value.

The flagship 603 S2 speaker features Bowers & Wilkins’ award-winning Continuum cone technology, which creates a pure and precise soundscape. Developed over an eight-year period and first featured on the flagship 800 Series Diamond models, the Continuum cone has been integrated into the sixth generation of the critically acclaimed 603 to transform the performance to something far superior to what you’d expect from an entry-level speaker.

As well as the sonic improvements the new 603 also boasts a cleaner look, the grille pegs have been removed and replaced with magnets, whilst the bass port is now located to the rear of the cabinet, creating a modern and premium aesthetic, wrapped with a matte finish.